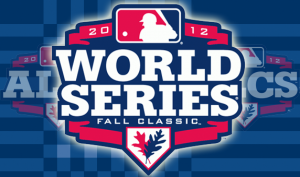 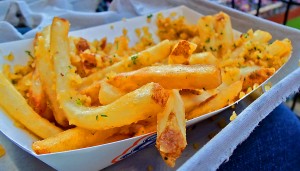 Well we all know the economy sucks at the moment so my wife and I decided to take on a new thing to help us out. We’ve become urban gardeners.

Living in the Sunset district poses an interesting problem. We’re supposed be living in fog all the time. Well thanks to Al Gore and global warming we aren’t so foggy anymore so we started a little test.

The pot on the far left was originally planted with Parsely and was sitting on our deck, but for some reason, probably the wind it was attacked with weeds. Now we’ve moved all the planting trays off the deck and tried again. The far left was cleaned out and planted with heirloom peas. As you can see they’re doing good, but the tray was too small so we went to home depot and  purchased the longest trays they had and next to the far left are more of the same peas. Apparently peas grow well here. Next to that we planted some mesclun lettuce because we go through a lot of that when we make my famous San Francisco style burgers™.

Next to that are some green onions that had a bit of a rough start, but are starting to set in. The two blank trays have more mesclun planted since we’ll be using that a lot. I just planted them today so it’ll be about a week before we see something pop up. Oh and the second set of peas and mesclun have been growing for only about 3 weeks and are doing great.

The big pot over in the back has an early girl™ tomato planted in it. They’re supposed to do well out here which is surprising so we’ll see what happens. I’ll keep you all updated on how it goes. We’re planning on also adding more parsely and garlic next so we’ll see what happens. The nice part about all of this is that peas actually enrich the soil they grow in so when we rotate the crops we’ll start planting peas in the other trays  and moving things around.

The upside of this is our little girl is now trying to help out, just like I did when my dad used to grow swiss chard, rhubarb and lettuce in the back yard. Only this time we’re growing vegetables we like. It used to be that all of our neighbors grew fruits and vegetables in their backyards. I guess it was just a working class thing for the Sunset, and since I’ve  been born and raised here I’m proud to be a Sunset redneck. 🙂