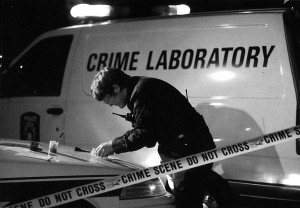 Where did I get this information? There’s a website called Trulia.com that gives people in the market for a house information on the houses available and the neighborhoods surrounding them. Now they’ve added a crime map to map where the crimes are occurring and what type of crimes they are. The worst part about this is when you move around and compare other cities on their list to San Francisco, we top the list as the highest crime city overall. We’re higher than bigger cities like Los Angeles and Chicago in overall crimes which was a pretty big shock to me. At least in the Sunset they’re usually indecent exposure and public intoxication with the occasional car break in or theft. We’re basically drunks and pervs out here for the most part.

The majority of crimes occur in the mid-market area from Civic Center down to 6th street followed by a line down Mission Street and oddly enough there’s a hot spot around North Beach/Chinatown. This is shown on their heat map where you’ll see blotches of red to indicate a higher amount of criminal activity. The total number of crimes for the last month in San Francisco was 2500. By comparison, Chicago had 818 and Los Angeles had 1504. These are two huge cities covering more miles than San Francisco, yet they have less crime than we do. New Orleans came closest to us with 2471 and they beat us in violent crimes.

My question to all this local crime is what gives Mayor Lee? There is talk of cutting back the police force in the city to ease the budget, but when San Francisco tops the list in overall crime [note, I couldn’t compare NYC as they aren’t on the lists.] This might make the crime rates go up and we’re already on top. This city needs to do something about the crime or else not only are we going to start losing residents, but we’ll start losing tourist dollars as well. I can’t say how accurate this is, but it is set up by geocaching reported crimes, so that counts for something in the overall equation.

Be safe and have a nice weekend now.

DTFQSV4K7KW9 ignore: For Technorati purposes only.