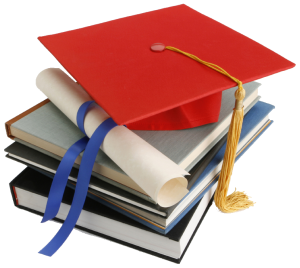 Many people [including #SFMayor candidates] who haven’t owned a home for more than 10 years are against Proposition 13 that capped property taxes for home owners in California and took money from the schools. There are lots of people who want it repealed either because either they don’t like the the fact that people who have owned homes for a long time don’t have to pay as much taxes as new homeowners or because they’re parents with kids that see them suffering in the school system. I think I’ve come up with an answer and I hope at least one person besides myself will forward this on the our Governor Jerry Brown.

I have a friend who lives in New York and his mother recently died leaving him with a house in upstate New York. It’s not a big house, two bedrooms I believe, but it’s on 12 acres of property. He pays $8000 per year in property taxes and he asked me when we were talking recently how much I paid in school taxes. School taxes? I don’t pay school taxes. He pays $4000 per year in taxes used solely to benefit their schools. This started my mind thinking and as I usually do I started to run the numbers. Here’s the formula if California started collecting taxes for schools and I’m going easy on y’all. I’m rounding down numbers.

California has a population of 38,000,000 people [rounded down]. The median income adjusted for cost of living is $44,000 per year [rounded down]. If California charged every person  a 1/2% tax off the top before everything else was taken out of their paychecks that would give the State of California 7,357,000,00 per year just for the schools [amount adjusted for 12% unemployment]. For those who have trouble reading numbers that is 7.357 billion dollars per year. There are 9324 public schools within California. I’ll let the private schools fend for themselves since they charge parents to send their kids there. If you divide the income by the number of public schools each school would receive $789,000 per year [rounded down]. Think about what the schools could do with that money.

Say I’m Joe SixPack who wants to be able to make $250,000 per year without getting taxed too much. If you were making that much per year how bad would it hurt to lose $24 per week when you’re bringing in $4800 per week [rounded down]? California is the 8th largest economy in the world. Don’t you think we could put into effect a tiny tax that would help our schools immensely? I know I am simplifying the allocation of funds incorrectly as say Los Angeles County has more students than say Bell County, but still, it would better serve our students educational needs.

If you pull Prop 13 it won’t drop prices on homes in California. We’re called the Golden State for a reason. Everyone wants to come here. If anything it might actually raise the property taxes for new home buyers and that new income isn’t guaranteed to go to the schools. It would probably go into more pork barrel politics where the politicians are trying to get the biggest piece of pork out of the barrel [yes that is where the term comes from for you young whippersnappers]. If we had what I call a polite tax to benefit our schools, no one would go hungry for it. Schools wouldn’t have to keep asking parents to purchase supplies and our own state and local governments wouldn’t have to worry about why our great state has schools that are in such need and cannot supply a decent education to our children.

PLEASE! I urge you to think about this and pass this article along to your friends, neighbors and especially politicians. I know I am going to. We might just change the quality of education in our state and step forward to show other states how to do it right. We are the most populous state in the Union so we should be able to convince everyone regardless of part that a polite tax like this would help give California the leading edge in education it needs. Besides, it will also mean that everyone you interact with at the businesses you interact with will be better educated.