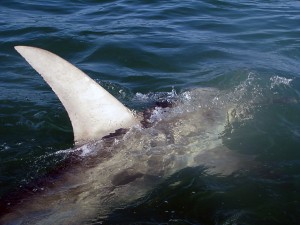 I suppose I stepped a bit over the line the other day when I posted that Leland Yee called me a racist. He did, or should I say his twitter account did in a passive aggressive way infer that my dislike of shark finning to provide the main ingredient for the beloved shark fin soup was born out of racism by the use of the hash tag #racism. I really shouldn’t blame Leland directly. The post from his twitter account used the word He, not I so he’s not controlling it. I received a couple of hours after the post a phone call from Jordan Curley of Stearns Consulting that I did not answer. She did leave a message stating she was from the Leland Yee campaign asking me to call her back. I had chosen not to, but today after I get my work finished I will call her.

Jordan, expect my call. It would have been nice if she had said she was from Stearns Consulting, but I suppose consultants don’t like to be known as consultants, but would like to appear much more closer to the person they’re hired to promote. No matter, after finding her info on the site it will be a Caucasian to Caucasian discussion that I would find it hard for someone to bring up racism.

I admit that I may have emotionally over stepped myself in a way that my disgust at the practice of slicing the fins off of sharks and tossing the still live body back in to the water might have been perceived by Mr. Yee’s publicity juggernaut of people who have so much to wade through that they have to skim which probably led to the #racism hash tag. I don’t think that was right and I will stand by my disgust at shark finning. It is only done to provide the main ingredient for shark fin soup which is eating mostly by those of Chinese decent, but that does not make my comments I have posted an attack on the Chinese and their culture.

I being of Italian and Austrian decent would probably be up in arms if California wanted to place a ban on pasta, but only wheat dies in the making of pasta and no animal suffers during it’s making. I am sorry if my writings from the heart upset Jordan Curley and Mr. Yee’s aid, Adam Keigwin as they are the only ones who have confronted me on the issues [Adam via Twitter]. I have not yet received an email or phone call from Mr. Yee and I don’t expect to. I might run into him the next time I’m at the Tennesse Grill which he likes to frequent and if I see him I will introduce myself to him just to see if he knows who I am. I’m not sure he will.

This all started from my comments regarding a practice that I found appalling that was causing the decimation of species that is already threatened by an abundance of mercury in the waters that is making them even more unsuitable as a food source. As mentioned before, Costco hasn’t sold shark meat in over ten years because of people’s fear of mercury poisoning. Basketball great Yao Ming has done a TV commercial that 55% of the people of China have seen and is responsible for causing 85% of the people of China to say that they will stop or diminish their consumption of the soup. There has yet to be shown a proven way to sustainably provide the main ingredient for shark fin soup and there are chefs in the Bay Area who are even looking at ways to replace the main ingredient with more healthy alternatives. What we are seeing is a resurgence in the interest in shark fin soup made without the shark fins. It makes it more affordable and more healthy to humans and sharks. Mr. Yee, Mayor Lee and Fiona Ma [all California politicians with a San Francisco base], all I am asking is that you let go of something that even the majority of Chinese people don’t want anymore.

I suppose in this case that while I’m not a vegetarian in any way shape or form, I’m in league with seitan.