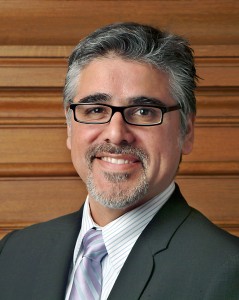 Tomorrow is voting day in San Francisco and the big focus is on who to vote for for mayor. Everything else is kind of gravy, but everyone want to know who the next mayor will be. As you know I am fully in favor of John Avalos and I’d like to talk about politics in San Francisco for a minute.

San Francisco is an odd city, especially if you look at this election. We have democrats, independents and progressives. Democrats we know, but in San Francisco they tend to be more moderate almost leaning to the Republican side of things, but Republican or GOP isn’t a word you want to mention in San Francisco. Tony Hall, is registered as an independent, but at the Irish Cultural Center he said he was a Republican. In San Francisco, that takes some cohones. In some ways, I like Tony Hall because he’s an old school Republican, before the Tea Party screwed them up. He has a rockstar voice and he’s also a singer. I can imagine him singing Sinatra and I’m sure he has. The other Independent is wealthy entrepreneur Joanna Rees. While I’m sure she would never admit it, she’s wealthy and an independent which usually says Republican. Alice Cooper, the antithesis of the image of the right wing in appearance is wealthy and a Republican. I can respect that since he’s puts it up front and admits it. He’s not running for Mayor of San Francisco, but I think it might be interesting if he did.

Then you have the progressives. Well they call themselves progressives in my mind because they want to distance themselves from the conservative Democrats who are looking more like Republicans. They stand up for the shrinking middle class and growing poor people in the city. They’ve had money problems like the rest of us and don’t own a Mercedes or BMW. They drive, say, a volvo and not one of the S90 volvos, but those ugly, boxy, safe things. They aren’t like a Matt Gonzales progressive who had to have a suit bought for him, but are more cleaned up and not afraid to talk to the people of San Francisco.

I’d like to think I had a hand in it, but I’m sure I didn’t. John Avalos did not jump in on the smear campaign against our interim Mayor Ed Lee. He let the others do the talking [in a bad way] and kept to the point. John had his people at the enrollment fair Saturday where parents were there to find out information about the schools in San Francisco they’d like to send their children to. Leland Yee posted a piece of paper on my door telling me how much he had done in the past for schools. I wasn’t at the fair, but my wife was and described a man who sounded like it could have been John Avalos, but I can’t say for sure, but at least his people where out there and talking to the public.

Dennis Herrera was a man who at the beginning was my first choice, but that ran downhill quickly since he wouldn’t talk with me at any of the meet ups he planned and when he took the low road with the ads against Ed Lee I had to drop him like a hot coal. I don’t like smear campaigns because the people who run them focus on how bad someone else is and not on what they are going to do. I didn’t like the push for the importance of the Chinatown vote when most people in Chinatown aren’t voting U.S. citizens. 15.7% of San Francisco and most of them are of Chinese ethnic origin. This isn’t to say I have a problem with Chinese. I have a great many friends who are Chinese and of other Asian decent. I do have a problem when people focus on one ethnic race over others. This race like all others is about the Mayor of the people of San Francisco, not who’s going to help out a certain ethnicity within San Francisco. That’s the job of the Supervisors to deal with in our still somewhat segregated neighborhoods.

So I now urge you to take a serious look at John Avalos as a choice for Mayor. While not a requirement, John was born in the United States and focuses on the U.S. and it’s needs as well as that of San Francisco as a whole and not a segmented group. He is for improving our school system which is in a horrible state at the moment. He also was at the forefront pushing for local hires on all San Francisco contracts. This is a man who is a part of this city and is working hard to bring this city back to where it should be. If he’s not your first choice then at least make sure that he’s on your second or third.