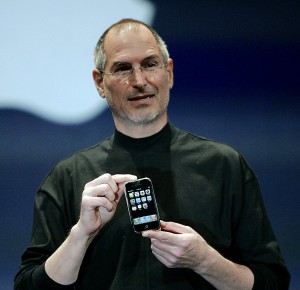 Yesterday evening I happened to take a look at twitter and got hit by a ton of bricks. Steve Jobs died, October 5th 2011. I kind of felt like I lost my breath for a second or two, but then I realized I had seen it coming, we all did. I’m almost certain that Steve took his last medical leave because he knew he didn’t have much time.

It’s odd that sometimes you learn more about people after they die than when they’re alive. Steve Jobs and Cupertino were coupled together like Brangelina, yet Steve was born in San Francisco. I didn’t know that until I read that after the fact. He was always the big keynote speaker at the MacWorld’s at Moscone Center. My funniest memory of MacWorld was getting an hour off work to go to MacWorld and because it was so big way back then I found myself stuck behind some slowly meandering idiot in front of me talking to a woman. To myself I’m thinking, get out of my way moron, I’ve only got an hour to see the whole place and then the moron turned his head…It was Steve Jobs. I had heard some pretty bad things about him such his dismissive behavior of fans yet I still blurted out, Mr. Jobs! and he turned around. I just said Thank you and extended my hand thinking for a second that he might possible give me a smirk and turn and walk away. He extended his hand shook it and smiled at me.

That was my entire extent of meeting Steve Jobs. I quickly walked around him and continued on with the rest of MacWorld. I figure I got my 15 seconds of Steve Jobs and that was much more than most people got. I have always been a Mac evangelist even though I’ve never worked for Apple. If you think back to the year 2000 and how life was you may remember things were a little different. Mp3 were just coming on the scene, but there wasn’t any way to organize them. There was no iTunes or iPods. There was no super fast gigaflop G4 computers yet. No iPhones, iPads or Apple TV. Airport were around to offer WiFi, but wouldn’t get extreme for another three years. We did have the sleek all black powerbook that had a clock speed of 400Mhz that was fast for the time, but it didn’t have the power anywhere near my iPhone 4 does today. By comparison, my stove was purchased in the late 70’s and if we were to purchase a new one today it wouldn’t be too much different.

When Steve returned to Apple in 1996 things changed. He became an iconic figure to the company that was parodied on numerous television shows, Saturday Night Live being one of the funniest where he was shown giving a keynote speech as if he were a God.We have to remember something though, while Steve built the first Apple computer along with Woz, he wasn’t building and designing so much as time went on at Apple. He may have inspired others to come up with the designs and if you look now Apple has people like Jon Ive and Phil Shiller and Tim Cook who will inspire those at Apple to continue when Steve left off. Apple will continue in the manner Steve intended it to because he picked the right people to lead the company.

Oh, and I last thing…

I’m sure we’ll all warm up to Tim Cook almost as much Steve, we just need to give it some time. 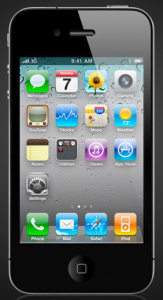