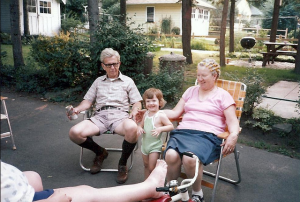 Now that daylight savings is in effect and we’ve got more sunlight along with warmer weather coming in I thought I’d share some tips that I’ve developed over the years for how to enjoy the warm weather on the cheap. There are benefits to this that I’ll get into later, but expect to see some old school references to how to do this. There are few things you’ll need which can be adjusted to your needs.

Those are the basics. Feel free to add to the list, but don’t subtract. Start by pulling the car out of the driveway and setting up two chaise lounges [old school] or lawn chairs. Place  cooler of beer [budweiser or if you’re a hipster PBR] between them and turn on the music. Don’t forget to invite a friend or neighbor for the other lounge/chair. Long 70’s mustaches not necessary unless you’re going for a retro vibe.

That’s how we used to do it. Sort of like in the picture only with a better fashion sense. While I’m not positive I do believe that it came about from Dad’s getting up in the mornings on the weekend and mowing the lawn and doing all the front of the house gardening and then after cleaning up it would be around noon and they’d pull out the chaise lounge to admire their work.

There wasn’t really much other times you would sit out in front of your house so that makes the most sense to me. If it was a particularly warm day you’d hose down the driveway and sit there in the steam that the breeze would cool down making it a rather enjoyable outing. The Western side of the city doesn’t get a lot of sunny days so you enjoy them more when you do get them and for people here anything above the mid 60’s temperature wise has them passing out with heat stroke so you have to do what you can to cool the place down aside from waiting until around 4pm in the afternoon when the wind kicks up.

If you don’t have a real driveway [a personal parklet?] you can still find a way to make it work. There are lots of areas with smaller half sized driveways or pretty much no driveway in front of the garage that you can find some way to squeeze in a couple of chairs, cooler and radio.

There’s another benefit to this in that you get to walk people walking down your street. Most of them are probably your neighbors. This was the way I met most of my neighbors and if they start talking to you and you offer them a beer you’ve just created a connection that both of you might have a use for in the future. You’ll suddenly find that your next door neighbor likes to tinker with cars and that maybe you can help them fix their plumbing problem. I got rid of my gophers thanks to a neighbor which I gave him some orchid bulbs from my yard in exchange [side note: anyone need some cymbidium orchid bulbs? I’ve got tons of them. Will trade for chocolate.]

Doing this lets you take life slowly for a little while and all it costs you is the beer. Maybe you’ll break out the little grill on a hot day and cook up some burgers with your neighbors [which is a good reason to have a freezer in your garage.] It lets you have company without having to clean the house. Gives you a chance to meet your neighbors and if you live on an East/West facing street you might get invited across the street when the sun goes away on your side or invited over before you get the sun in the afternoon. Think about it, we need more of this. 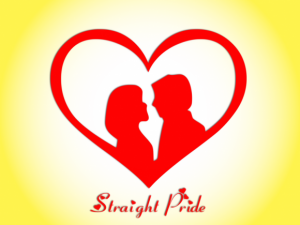