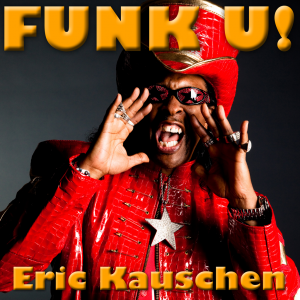 I caught a tweet today from Earbits that their deal with SF Gate [the Chronicle] has gone live. I was contacted a couple of weeks ago by them because I’m a San Francisco musician and asked if I’d like to have my music streamed through their website to readers of sfgate.com [hell YES!]

Well, I believe the tweet was a bit premature because if you go to sfgate.com you won’t find any mention of it, but if you go to sfgate.earbits.com you’ll get the station. I’m currently clicking through the songs in various categories and found it odd that for a station that is supposed to be based around the SF Bay Area indie bands that bands from Los Angeles, San Diego and Chicago are popping up. I did find some San Francisco bands though, but I feel there should be more. If any San Francisco bands are out there that read this contact me and I’ll hook you up with earbits so you can get your music heard.

I have my album I’ve Got a Guitar and I’m Not Afraid to Use It! on their playlist as well as my recent single Funk U, but I haven’t heard it yet on the station yet. They definitely need more local talent on there. I’m also a bit surprised at how they classify the music. I currently have the Hard Rock and Metal channel playing and there seems to be a definite lack of hard rock and metal there. I’m hearing a few ska bands and whinny emo-like bands with the occasional metal band thrown in and every other song seems to be from Santa Cruz punks called Seduce the Dead.

Earbits also includes a social networking aspect linking in with facebook and twitter so that you can share the bands you like with your friends and followers. It has potential, but needs more local bands to make it stand out as significant to the Bay Area. They also have apps available for the iPhone and Android so you can listen on the go.