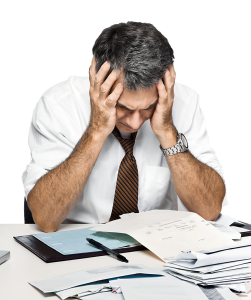 Many of you know I have a bit of a hatred for PayPal after they banned me for running a raffle that I didn’t know wasn’t something you were supposed to do with them. They didn’t tell me to stop they just told me I was banned for life along with anyone in my house or anyone who ever will live in my house if I decided to sell it. A friend of mine turned me on to Venmo today and I have to admit, it’s much better than PayPal and will probably shut them down.

First thing is that they have some major funding for a startup and they don’t take a cut of your payment. They’ve said in the future they will from businesses, but that’s only to keep people like you and me from using it without having to lose money. They have iOS and Android apps so they cover a large amount of the smartphone hipster world.

People like me who work as freelancers and are pretty much off the grid so to speak can use this electronic form of payment to transfer money between clients and myself and the best part is when the client pays you don’t have the 3-5 day wait and charge like you do with PayPal, it’s an overnight transfer to your bank account. OK, that’s a really good start.

They are working with businesses so that you can pay them like you would with a credit card only you use your smartphone. Oddly enough it hooks you up with lots of social media so that it can broadcast to the networks when you’ve paid for something and/or charged someone for something. I’m not too keen on that, but you can turn that off easily.

Currently they are in an invite only mode, but if you want to give them a try go to their website and use the promo code selfmag1 and you’ll get in. I’m predicting this company which unfortunately for a tech company isn’t based int he Bay Area will grow quickly. They’ve got the killer apps that are free and they don’t charge you to exchange money. This is going to be a big game changer for me. I’ve been billing people when I do virtual work for them and it takes time to get the money. If I’m in person I’ll swipe their credit card with my Square app [which I also love] which is also cheaper than PayPal, but still there’s a charge. Now I can virtually bill people and collect money free of charge. That’s pretty cool to me and it’ll give me a little more bang for my bucks that I’m earning.