I love Skype. It’s helped me out a lot and given me the cheapest phone line to use for my business and keep me connected with friends around the world, but there are a few things that I think people need to understand so that they make it a more polite experience for all involved.

1. Skype is not a phone. Yes, it’s kind of a phone, but it in most cases is locked down to your computer [I’m ignoring the mobile market for the moment]. When you are at your computer you might be doing work or playing a game or in a meeting or otherwise occupied. If you get a phone call during this time on your cell you can just send it to voice mail, but if you’re working on something on your computer you suddenly get an unexpected pop up window. Sure you can decline it, but sometimes that just cuts the person off and doesn’t send them to voice mail [yes, even if you don’t pay for it Skype will give you voicemail, you just can’t customize it.

If you really want to have a voice chat with someone I feel it’s best to check their status first then send them a text chat message asking if they have time to talk. Some people still need to get their headphones ready or find them and plug them in. Not all of us can use the camera and built in mic on their computer. I find this to be especially useful if you have a friend overseas who might leave Skype running all day and night, but isn’t around the computer.

2. Don’t be a lurker. There are people who like to stay in invisible mode so they aren’t bothered by other people. If you’re going to do that then do others a favor and don’t bother them. People don’t like receiving text chats or calls from people who don’t want to show that they’re online. Besides, if you call someone and you’re in invisible mode then they won’t know if you’re there to call back.

4. When adding a contact use more than the standard supplied text. People don’t have to use their real names on Skype so that means I won’t really know who you are when you request to add me. I’ve received requests from people like Matt81265 and I’ll have no idea who they are so thinking they are a possible troll or spammer I will block them and report them as abuse. The only time it’s OK in my book to use the standard text is when you’re in the same room with somebody and you want to do a quick add.

5. Don’t expect a response to your chat message right away. I’ve gotten up and gone to the bathroom and come back a minute later to see that not only did someone send me a message, but there are 4-5 Are you there? added in after it. Maybe I got it on my cell phone and I can’t type quickly on that tiny iPhone keyboard or maybe I went to the bathroom or I was called into another room. I’ll get back to you when I have time available.

6. Respect the status. If I have do not disturb as my status that doesn’t mean I’m sitting there waiting for your call. That means I have work to do and don’t want to be disturbed. I actually think, but am not sure that if you use do not disturb that you can’t receive text or voice calls. If that’s true then thumbs up to Skype.

7. Video eats up bandwidth. If you want to talk and don’t really need to see the person keeping the video off is a good idea. They’ll sound clearer and you’ll get less packet loss. If both of you have super high speed bandwidth and you know it then go at it, but also remember to be oh, wearing clothes before you start the chat. I had a FaceTime chat with a friend who didn’t realize he had switched to the back camera and sitting in his underwear giving me a macro shot of his crotch. [side note: I don’t apply these rules to FaceTime because there’s not text chat function there.]

Skype is an awesome tool. Facebook has integrated it now, but I turn off Facebook contacts because I’d never get anything done with my 650+ friends on Facebook along with my 200+ friends on Skype. I use it to set up conferences with friends around the world, done business overseas, hell I’ve even had friends give me a tour of their new homes using Skype on their mobile phone. I have a couple of friends who rent out a lovely house they own in Barbados that gave me a tour of the place while I was putting their website together and even got to meet their personal chef while taking the virtual tour over Skype.

If you stick to these seven simple rules you’ll find that you will be considered a better person especially if you’re using it for business. It’ll also make you less annoying to people you want to communicate with and you’ll find it opens doors for you. I’m sure someone from Skype will read this and I hope they do. I’d like to ask them to shrink the real estate on screen of their UI. It’s way too big and forces me back to using an older version that doesn’t work as well all of the time. 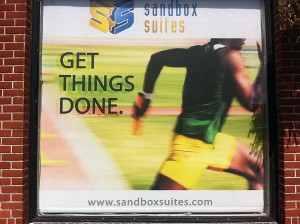 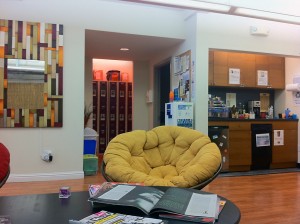 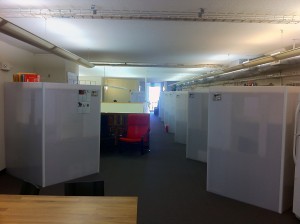