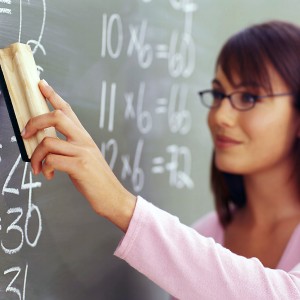 A few days ago I was talking about my daughter and pre-school and how she had a great teacher. Well, that’s all still true, but I’ve had an experience with higher education that’s really appalled me. I was asked by someone to tutor their son in Adobe Creative Suite. He attends City College and was having a little trouble with a couple of programs so I offered to go into the lab with him and help him out.

Part of this is because I’m an expert with these programs and another was in part because I went to City College close to thirty years ago. I was cheap (cheap meaning free) back then and the teachers were decent but a bit quirky. In the end it turned out to work out for me because I got to get all my core courses under my belt and then I transferred to SF State where I could focus on my core courses in Broadcasting. I think my entire college experience which lasted 6 years cost me less than five grand back in those days. Honestly, while it gave me a few skills to use in the outside world, most of those skills are useless today except for the writing and communication skills.

I was referred to a speaker at TED who said something that was very important to me. I can’t remember his name, but I’m sure my friend Fitz will remind me after reading this. The speaker said: We’re preparing kids for jobs that don’t yet exist using technologies we haven’t yet invented. Well then, what’s the point of college? There was no photoshop classes when I was in college. The computer courses were all about programming in languages that only came into use again during the Y2K scare and we were using punch cards to store our data not floppy disks, CD or the now ubiquitous thumb drives. Nothing was on the cutting edge back then and none of us had cell phones.

Now going back to my student. We were working last night in photoshop and the course was basically a book of exercises that said, do this, then this, then this. The problem was that this was a class teaching you how to use photoshop in which you needed to know photoshop to pass the course and if you knew photoshop you could see that they were teaching it wrong. I’ve worked previously in the print industry for over twenty years and I know what formats you use to output files. I was going over the test with my student and started making notes to take back to his teacher. One of the questions was: What is the proper format for outputting graphic files to print from photoshop. He answered TIFF and JPEG. Which is correct. For offset print work you always want to use the TIFF format because it gives you the highest resolution with no loss in compression. JPEG’s used to be problematic with some digital print servers, but the new servers handle them better, but TIFF is always the best choice.

The teacher told him he was wrong and deducted two points from his score. Two points doesn’t seem like much, but you need twenty-five points to pass the class. The correct answer according to the teacher was PNG or GIF. I wrote down that this was the wrong answer. While PNG is technically correct some print servers that the print houses use still can’t handle them, though most can. It does have some loss during compression, but the majority is unnoticeable. Many on demand print houses actually like PNG because the smaller size aids in faster rasterization getting the final product out faster. GIF is as outdated as my college education because it only allows for up to 256 colors which is far from the color range you normal see with the naked eye. OK, sorry if I’m getting a bit techie for some of my readers so I’ll try to make it easier to understand.

Essentially, this course doesn’t need a teacher. All it needs is a student that can read and follow instructions which they hopefully learned in High School. The writing wasn’t very good in the manual either because there were some steps that it just told the student to perform a task without telling them how to do it. The course book was a cheaply printed low quality book that looks like it was printed on a laser printer and tape bound and then sold to the students for about $50 if not more.

You could do better by purchasing one of the O’Reilly books from Amazon that has links to downloadable files to work with that would give you far better instruction than this course would. The unfortunate part is that an O’Reilly book doesn’t give you Adobe Authorized Certification™ when you finish it and this class did even though you’re probably not taught well enough to satisfy the needs of a company who’s looking for someone with that kind of certification.

I had to learn all of what I do from magazine articles, a few books and now YouTube videos that kids in elementary school are sometimes putting together. Some of my schooling came from the school of hard knocks which I’m sure I’ve earned a Ph.D. by now. When you have kids who are going to college trying to learn a programs that were written by high school kids who didn’t go to college so they could spend more time with their multi-billion dollar start up company it makes you wonder sometimes if there still is much value in college today because as I mentioned earlier, We’re preparing kids for jobs that don’t yet exist using technologies we haven’t yet invented.