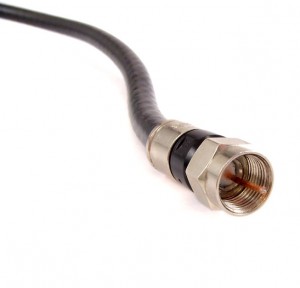 We recently received a free Apple TV and after a few days we’ve decided that we no longer need to pay $93 a month to Comcast for cable TV. We have Netflix and Hulu Plus now so really anything we want to watch is available to us on demand.

We got the new Apple TV through the fact that I use a program called Viggle that let’s you check into TV shows you want and gives you points. It took me a couple of months to build up the 210,000 points to get the Apple TV, but was worth it. I now am building up points so that I get Hulu Plus for free. Currently that means that instead of spending $93.00 per month we’ll only have to spend $7.99 per month. That’s a noteworthy price decrease and I have to say that while we don’t one an HD TV, but an older EDTV [480p] the quality is really better than standard cable TV, plus we can call up the shows when we want to see them.

Add to this that we have an iPad which mirrors to the Apple TV, so we’ve downloaded apps for the local TV stations and we can see live local news as well. All in all we are very happy with our new little toy even though we run into small problems streaming videos from my computer to the Apple TV, but I’ll work the kinks out. Comcast, I’m sorry, but you’ve lost another customer.

OK, this doesn’t really have anything to do with San Francisco other than the fact that I’m a computer geek and there’s lots of us in SF, but I have to share this because it had a pretty big wow factor for me. It’s a program called Boxee. This is a little hack that you load onto your apple TV with a thumb drive and it adds a boxee category to your apple tv that lets you watch streaming video from the internet. Why is this cool? Because now I can watch TV shows and movies for free on demand from hulu.com. I can also view on demand shows from Comedy Central, CNN, CBS, plus Netflix the list goes on and on.

The authors of Boxee also stay on top of things and offer regular updates which you can update from your apple TV. The hitch? It’s in alpha stages right now and you can only get the software by getting an invite from the boxee crew. I found the quickest way was to follow them on Twitter then just send them a direct tweet asking for an invite. It also has companion software for your computer, but currently only works on intel macs and linux machines. Windows is in the works.

The installation now is much easier and doesn’t involve using the terminal interface. There is a third party that wrote a program called the ATV USB Creator. This program downloads and installs on a thumb drive all the software needed to install boxee on your Apple TV. Just run the program then take out your newly created patchstick and plug it into the back of your Apple TV and unplug it then plug it back in. You Apple TV will boot from the stick and load the software at which point you unplug your apple TV again, remove the stick and plug it back in and follow the process of logging into your boxee account. Apparently you can download the software to the patchstick even if you haven’t received an invite, but once you have it loaded you’ll need to log into your account to use boxee so I wouldn’t bother doing this until you have the account.

quick intro to boxee from boxee on Vimeo.